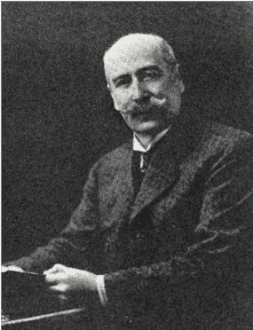 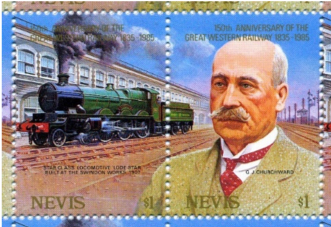 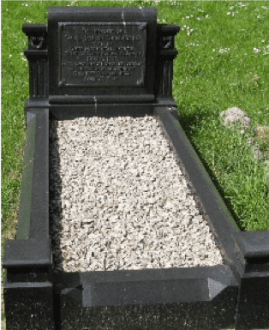 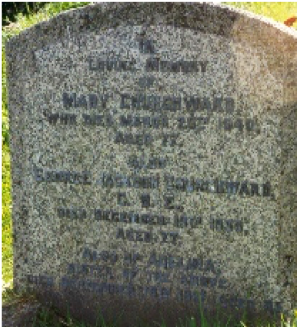 Many Stoke Gabriel Churchwards have made a name for themselves in their chosen fields, but by far the most famous is George Jackson Churchward – the one-time Chief Mechanical Engineer of the Great Western Railway (aka God’s Wonderful Railway), and the first Mayor of Swindon.  Because of his designs of such as the ‘Star’ and ‘Saints’ classes of locomotives, and especially “The Great Bear’, he is still very much revered today by steam enthusiasts, and his name lives on in Swindon in the Churchward Avenue built and named after him in 1936, and the naming of the Churchward district of the town which was redeveloped from the old GWR locomotive works.

George Jackson Churchward was born on January 31st, 1857 at Rowes Farm, Stoke Gabriel – the first child of George Churchward and Adelina Mary (née Churchward).  His middle name is a nod to his paternal grandmother from another long-established Stoke Gabriel family – the Jacksons.

He was followed by two brothers, John (b.1858) and James (b.1860) and two sisters Mary (b.1863) and Adelina (b.1870).   Their father was the farmer at Rowes Farm, which he had inherited from his own father, whilst their mother was the daughter of a well-to-do corn and cider merchant from nearby Paignton.  Their parents were undoubtedly cousins, but it is not yet known just how close.  (21st century DNA tests of current-day Paignton Churchward descendants showed an exact match with Stoke Gabriel Churchward descendants).

In the 1861 Census all three boys were living at Rowes Farm with their parents and three servants.  Father George is described as a farmer of 286 acres employing 6 labourers and 2 boys.   In due course GJC attended nearby Totnes Grammar school, where he soon showed an ability in mathematics and an interest in mechanical devices.  In addition to that, his father’s cousin – ‘Squire’ Frederick Churchward – arranged for extra tuition by a private tutor at Hill House during school holidays for all the Churchward cousins of school age.

In 1873, after school, GJC was articled as a pupil to John Wright, the Locomotive, Carriage and Wagon Superintendent of the South Devon Railway at Newton Abbot, – starting his career as a locomotive engineer.  As a sign of his mechanical ingenuity, in 1875, in conjunction with Richard Neville Grenville, another pupil of John Wright, he designed and built one of the earliest road motor cars.  A three-wheeled vehicle driven by a steam engine.  It is now in the Science Museum.

GJC only spent three years at Newton Abbot, because the South Devon Railway was absorbed into the larger Great Western.  He then spent the last year of his pupillage under Joseph Armstrong at the GWR headquarters in Swindon – where he was to spend the rest of his life.

From 1877 to 1895, GJC was concerned primarily with carriages and wagons, which must have been slightly frustrating for an engineer who, it would appear, loved steam engines, but he caused a sensation with his ’70-footer’ carriages, the longest ever used in Britain.  However, he was then transferred to the Locomotive Works as Assistant Manager at the age of thirty-eight, working under William Dean.  For the next seven years, until his retirement in 1902, many of Dean’s locomotive designs contained an increasing amount of Churchward influence.  But from the turn of the century the Churchward attention to every small detail was to be found in all new GWR locomotives. In 1902 GJC was appointed the Chief Mechanical Engineer of the GWR – a position he held until his retirement in 1921.

He studied the locomotives of other countries, such as America and France, and any small innovative feature which caught his eye was then developed to his own satisfaction and incorporated into GWR designs, which kept them abreast, if not, ahead of the competition. His major contributions to locomotive engineering were in front-end design, the introduction of long-travel valves, boiler design (the taper-boiler) and the rigorous policy of standardisation of components.  Many locomotives retained some of his innovations until Nationalisation and, in some cases, until ousted by dieselisation in the 1960s.

Despite his unusual devotion to duty and bachelor-existence, he found time for social activities and much public work.  He was involved in local government when the ‘old’ and ‘new’ towns of Swindon were brought together at the turn of the century and was consequently elected the first mayor of the newly-founded borough.  He was also awarded the CBE after the end of World War One – for the way in which the Swindon Railway Works was involved in munitions production, and at the time of his retirement was made an honorary freeman of Swindon.

One of the most striking characteristics about GJC was the devotion that he inspired in most of those who worked under him.  When he retired in December, 1921, the men in the works wished to make him a presentation; on being approached he told them he did not want anything, but on being pressed to accept something he asked for a fishing rod.  As the amount collected was very much more than would buy a fishing rod, GJC expressed a wish that the surplus should be used to form a trust fund to provide prizes for the two apprentices each year who had shown the most interest in their work.

In appearance, GJC was unusual for the day in always being attired in tweed suits and a trilby hat – giving him the air of a country squire, an image consolidated by his love of fishing, shooting and gardening.  In physique he was large and heavy, and he had a broad mental outlook.  With his fondness for outdoor sports, with two or three friends he rented a considerable acreage of rough shooting on the Wiltshire Downs, and during the fishing season he rented a stretch of the River Wye for trout and salmon.

His house ‘Newburn’ had been built on land adjacent to the main line and had a wicket gate in the garden fence giving access to a footpath alongside the railway.  Each morning he would take this route to his office, and following his retirement it also gave him access to see just what was going on in the railway world.  And so it was on Tuesday, 19th. December, 1933 at about 10.00 am that he was knocked over and killed by an express train, whilst bending down to inspect the condition of the track which was due for relaying.  He had become rather deaf in his old age, and it was also quite a foggy morning, so it is assumed that he just did not hear the train coming.

There was a very large attendance at his funeral, and according to his wishes, he was buried in the churchyard of the parish church (Christ Church) at Swindon.

GJC never married.  Of his brother John’s marriage to a second cousin (‘Squire’ Fred Churchward’s daughter), there was born a retarded son who died of tuberculosis at the age of twenty-one.  It may well have been that the apparent result of his brother, the son of cousins, marrying a second cousin, deterred GJC from marriage.  His younger brother James had emigrated to America, and did the sensible thing of introducing some new blood into the family, for he married a local girl – the daughter of Scandinavian immigrants.  James’s granddaughter, and hence GJC’s nearest living relative, still lives in Tacoma, WA, and in 2019 celebrated her 101st birthday.

GJC’s sisters, the rather eccentric spinsters Mary and Adelina, moved in due course to Paignton, where they ran a guest house.  GJC always stayed with them when he visited South Devon.  They were devoted to their famous brother, and took great pride in all his achievements.  So much was their devotion, that they added his name to theirs on their joint headstone in Stoke Gabriel churchyard, thus confusing many visitors in assuming he was buried there, rather than in his beloved Swindon.

In his will of October 4th 1933 (probate granted on February 6th 1934), GJC bequeathed various sums to his housekeeper, gardener, parlour maid, maidservant, two assistant gardeners and two friends.  His chauffeur/valet was awarded £4,000, and also 2 lathes with tools and accessories; guns; fishing rods and tackle; motor cars and accessories and wearing apparel.  But the bulk of the £60,000+ estate was to be divided equally between his two sisters.

NOTE:  Much has been written about GJC’s engineering career, and the details of his innovations.  For further reading, see:-

Locomotive Engineers of the GWR, by Ben Webb, 1946.

Download a PDF version of 'George Jackson Churchward' by clicking the button below.