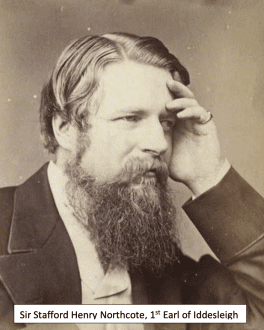 During the early mediaeval period, many landowners, typically Lords of the Manor, having been converted to Christianity, decided to build a church for their families, tenants and serfs. They provided the land and funds for it to be accomplished, and also provided the priest with a house as his residence and glebe land for his support. Having gifted all this, the landowner would reserve to himself the choice of priest. In this way, the system of patronage established itself across the country in which the right to present a priest to a benefice (otherwise known as the living) became a distinct and valuable right, known as the advowson.

The patron was the holder of the advowson. A right capable of being inherited, auctioned, leased or sold in whole or in part, it was just like any other form of property. Leases in particular could be limited to a single exercise or to someone’s life before the right reverted to its owner. The advowson could be held by anyone – lay or ecclesiastical – but could only be exercised in favour of an ecclesiastical body, such as a priest. While the bishop still had the right to install the priest, he had little choice in the candidate unless he was the patron himself.

Having been installed, the priest was the incumbent of the benefice and was required to care and nourish the souls of his parishioners (the cure of souls), which included religious instruction, administration of the sacraments, and pastoral care to the wider community. In return, he acquired the freehold of the church and churchyard, the parsonage and any glebe land, which he could farm himself or lease in return for a rent. He would receive fees for services of baptism, marriage and burial, and would also receive tithes.

A scripturally based payment of 1/10th of the year’s product of land and labour, tithes were originally a voluntary gift from the people of the parish to their incumbent. Their purpose was to provide him with additional funding for his ministry, to maintain the church fabric, to provide service books and vestments, and to help the poor. The recipient of tithes became known as the rector, the tithes as rectorial property, and the benefice as a rectory. In due course, the payment of tithes became compulsory and the tithing system continued essentially unchanged until 1836 when, following a rising tide of discontent, tithes were replaced by a cash payment. The system was finally abolished a century later.

During the early mediaeval period, tithes became separated into greater tithes (crops, hay, wool, livestock, timber etc) and lesser tithes (eggs, garden produce, honey etc). The rector directly received all the tithes, in return for which he was required to provide a ministry to the benefice and to discharge his other obligations. The provision of a ministry could however be delegated by the rector to another priest who would carry it out on his behalf – to minister vicariously. In such a situation, the benefice became a vicarage and the priest became the vicar, and the rector would typically divert the lesser tithes (the vicarial property) to fund his office. Livings were thus either a rectory or a vicarage, simply depending on the tithed income of the incumbent.

Following the Norman Conquest, William I not only gave the monasteries lands and money but also the advowsons and rectorial property of parish churches. In addition, the monasteries acquired advowson-containing estates themselves from landowners. Once the benefice became vacant, usually through the death of the incumbent, they exercised the advowson in their own favour, an option that was available because they were an ecclesiastical body. As a result, they became rector, as well as patron, of numerous parish churches. The monastery could not undertake the cure of souls itself but it could appoint a priest as vicar to minister on its behalf. The vicar was provided with some of the tithes for his support, but the monastery retained the balance for their own use and became rich and powerful.

Like the monastic houses, the church also acquired much land and property, providing it with a financial base to fund its work and lifestyle. The see of Exeter was one of the richest in the country, holding some thirty-five manorial estates within and beyond the county. The bishop was the patron and rector of numerous churches, installing priests as vicars into the benefices and supporting them with the lesser tithes.

Following the English Reformation and the break with Rome in 1534, there was an increased risk of war. Henry VIII needed funds to build the country’s defences. In the second half of the 1530’s, he dissolved the monasteries and appropriated their lands and assets for the benefit of the nobility and gentry who in return lent the king their support. Towards the end of his reign, the king was still financially challenged and, to prosecute the war with France, he began to plunder the ecclesiastical estates. The bishops were obliged to dispose of their lands and assets that were outside the city of their see. Any objection that they had was futile given that the king was now the head of the church. In 1545, the Bishop of Exeter forfeited the first of his manorial estates and within ten years was left with just a handful. His annual income had fallen by two thirds and the see of Exeter had become one of the poorest.

All in all, the dissolution of the monasteries and spoliation of the church estates resulted in a transfer of about 40% of the landed wealth from ecclesiastical to lay ownership. Accompanying the transfer of the manorial estates, many lay people acquired not only the advowsons for the churches, but also the rectorial tithes and the obligations to maintain the chancel and to provide the essential requisites for services. These lay people represented a new class, referred to as lay rectors. The consequences were far-reaching; as many as 50% of all parishes in England were affected by the change from an ecclesiastical to a lay rector. The net result for many parishes was that less funding was available for their incumbent, the choice of whom was likely to be made with even less regard to their interests.

In the early 13th century, the bishop provided manorial land and funds for the building of a church in Stoke Gabriel. The bishop became both patron and rector of the church and was thus able to choose and install a priest as the incumbent vicar, the living being a vicarage from the outset. The vicar received the lesser tithes, glebe land and a parsonage in support of his office and the bishop, as the rector, retained the greater tithes.

In the 1540’s, the Bishop of Exeter, Bishop Veysey, was forced to dispose of the Manor of Paignton. The manorial estate passed into lay ownership, together with the separate advowsons for Stoke Gabriel and Paignton churches. By the early 19th century, the manorial estate had become fragmented and the advowson for Stoke Gabriel church had become divided, leading to a complicated picture. In the late 19thcentury, the bishop re-acquired the entire interest in the advowson (but not the estate), restoring his power both to choose and install the priest.

Principally compiled using the registers of the Bishops of Exeter, the following table provides a list of patrons of Stoke Gabriel church at the time a priest was presented to the benefice. The accompanying notes provide background information on the patrons and the historical origin and nature of their interest.

The chancellor continued as both patron and rector of the two churches until 1545-49 but thereafter continued only as rector. He was the recipient of the tithes until their abolition in 1936. The 1839 Tithe Apportionments for Stoke Gabriel, which converted tithed produce into tithed rent, reveal that the rental value of all the tithes from the parish was £495 (equivalent to £52,000 in today’s money). Of this, the chancellor’s greater tithes had a value of £297 (60%) and the parish vicar’s lesser tithes had a value of £198 (40%). To the chancellor’s income has to be added the tithes of St Newlyn church.

In 1630 William Herbert died and he was succeeded by his brother, Philip Herbert, who became the 4thEarl of Pembroke, Lord of the Manor of Paignton and patron of Stoke Gabriel church. It was Philip Herbert who initiated the break-up of the manorial estate, as far as Stoke Gabriel is concerned, by selling off parcels of land within the parish to local tenants. His actions culminated with the sale of all the residual estate lands and advowsons. The Pembroke Earldom had exercised management control over the Stoke Gabriel advowson for well over half a century, allowing others – at cost – to acquire a limited interest in it from time to time.

In 1735, Sir Henry Northcote, the 5th Baronet of Pynes (Upton Pyne, a village and manor north of Exeter), purchased a one-third interest in the Stoke Gabriel advowson from Kelland Courtenay. In 1741, Kelland Courtenay restored his two-thirds interest in the advowson by purchasing the residual one-third interest from Susanna Prideaux, the daughter of Katherine Kelland and Peter Prideaux.

Since the Reformation, the lay patrons of Stoke Gabriel parish church have included the Earls of Pembroke, the Earls of Iddesleigh, the Earl of Cork, members of the Kelland, Courtenay, Templer and Northcote gentry families who counted several Members of Parliament amongst their number, and the Belfield family who also contributed two vicars (and a curate) to the living. The earliest lay patrons were courtiers to Tudor and Stuart monarchs and the last but one lay patron achieved high political office. For over three centuries the advowson was under lay control.

Originating as an instrument for choosing the priest, the advowson became the means by which the valuable rectorial tithes might be accessed. Increasingly, it was seen as an investment vehicle for delivering a rich source of income to fund an office or a lifestyle. It was also seen as an opportunity to secure a living for a priest who was a member of the family or someone to be rewarded for services rendered. In the case of Stoke Gabriel, the rector was the chancellor throughout the period of lay patronage, which denied the patrons access to the tithes. However, they were able to exercise nepotism; examples of such include the Cowte, Northcote and Belfield families.

Early modern England was not a society in which people could advance by qualification, abilities and experience. Patronage of other, more powerful and influential people was key to individual advancement. In this respect, the church patronage system was little different to wider society and Stoke Gabriel church was little different to any other church. What is clear is that the advowson was a valuable commodity and its ownership attracted interest from the nobility and gentry alike. The interest of the parishioners in the choice of vicar, however, was rarely, if ever, taken into account.

Registers of the Bishops of Exeter, Devon Heritage Centre, Exeter

Devon Heritage Centre, Assignment of advowson to Bishop of Exeter, 1887

Download a PDF version of 'Web - Patrons' by clicking the button below.