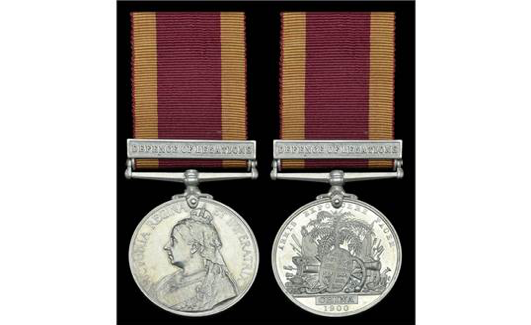 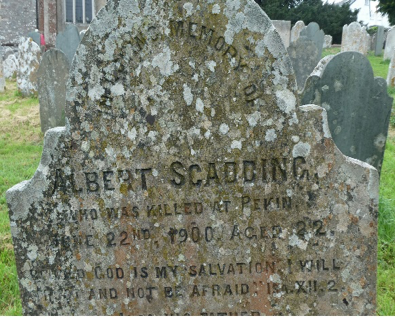 The State Visit in October 2015 of the Chinese President Xi Jinping and his wife Peng Liyuan was very successful and created a new “Golden Era” between China and the UK. This contrasts with the situation of one hundred and eighteen years ago.  China had been closed to all outside interference from anywhere in the world for many centuries.

In the sixteenth century a secret society was established of working men who practised martial arts and sang their own religious songs, they were industrious and peaceable young men.

After the Opium wars between Great Britain and China in the middle of the nineteenth century China was forced to open her country to foreign trade. Legations were established in Pekin (now Beijing) and surrounding districts. The Legations were walled enclosures, many trading people lived there, among them Christian missionaries whose main purpose was to convert the natives to become Christians. Some families and missionaries went out into northern China to work and preach Christian religion. The secret society strongly objected and became fierce and warlike, membership increased; over seventy per cent were peasants from northern China. They started to burn missionary outposts and to murder foreigners and Chinese converts. This caused the foreigners and converts to seek shelter in the Pekin Legations, whereupon the Legations were attacked by the Chinese army and the secret society members that were called “Boxers” by the Europeans because of their martial art actions. The Dowager Empress Cixi of the Qing (pronounced Ching) dynasty encouraged the Boxers.

Empress Cixi declared war against the foreigners on June 21 1900. The next day a young soldier of 22 years from Stoke Gabriel, Albert Scadding of the Plymouth Royal Marine Light Infantry (born on the eleventh of November 1878) was the first British Soldier to be killed while on the stable roof defending the British Legation. There is a Memorial to him with eleven other persons and one baby in the garden of the British Embassy Beijing. When other countries heard of the declaration they sent a large armed force from eight allies to counter the “Boxer Rebellion”.  There were five European nations together with Japan, Russia and America.

The war lasted fifty five days after fierce fighting and many people killed with victory for the Allies. The Empress with her court fled disguised as peasants to Xian. Eventually she was forced to accept business with the rest of the world. After changing her objection to new ideas from everything she believed in before, she made a triumphant return to Pekin in 1902. On her deathbed in 1908 she proclaimed her grandson Puyi to become Emperor; “The Last Emperor” he was only two years old and was treated as a god. After a few uprisings of the population he was deposed in 1912 (and became a gardener) by the English speaking and Christian, Sun Yat-sen from Guangdong (Canton) south China. He was made leader of the new revolutionary party and China became the “Republic of China”. This was the end of several thousand years of Imperial rule over China.

The Defence of Legations Medal was given to Albert Scadding’s brother Samuel Scadding on the eleventh of June 1903.